Ray Rawlyk is a songwriter and performer based out of Moose Jaw, Saskatchewan, Canada. He and his band, “The Road”, are well known in the local scene for specializing in AM gold genre music at pubs, weddings and outdoor events. With a reportoire of over 400 songs, Ray is able to cater to a wide variety of musical tastes which is essential for weddings. Ray’s musical spectrum encompasses traditional country to rock: Hank Williams to Nazareth to Celtic rock. Ray’s 3 piece band strips songs to their roots and delivers them in a refreshing yet familiar manner.

Ray typically switches each set between playing the 12-string acoustic and the electric guitar. Also, the band never uses a set list as the choice of songs is determined by the crowd’s reaction and the mood of the room–if the people want country then that’s what they’ll get; if they want rock then they’ll get rock!

Check out the tab “Wedding Tips” for more information including pricing.

You can also visit Ray Rawlyk out via Facebook on "Ray Rawlyk Fan Page" for current gigs and updates! You have to ask to join this page which is a quick and easy procedure.

Ray released his second cd, Mage in the Moon, in 2007 which consists of ten original songs. The full-production cd was produced by the late Neil Meckelborg at Audio Art Recording in Saskatoon. Ray would like to thank Larry and Glenda Cox of Moose Jaw for sponsoring the entire cost of the project! The cd is available on Amazon , Itunes or Spotify. 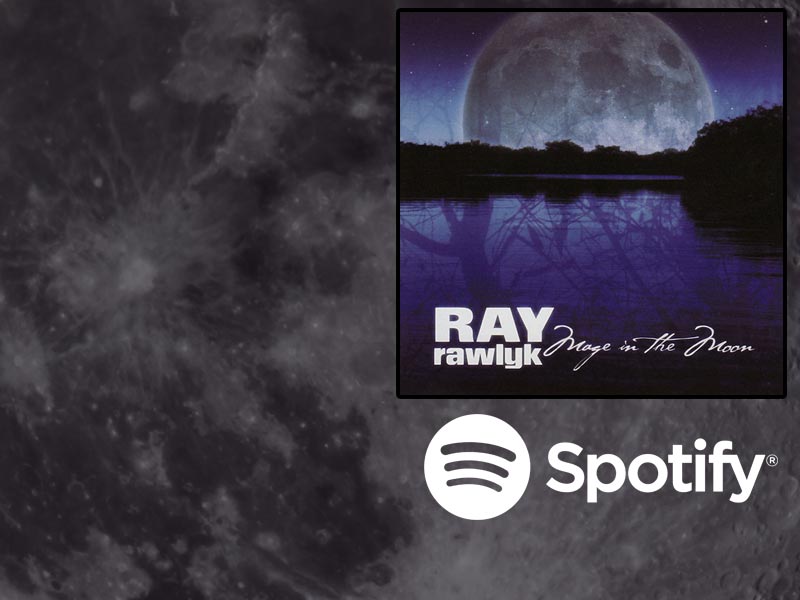